Warning: A non-numeric value encountered in /homepages/43/d89789219/htdocs/td/wp-content/plugins/social-media-buttons-toolbar/inc/php/enqueue.php on line 31

No one has challenged me, but I feel like sharing some cultural things that have shaped, influenced, or moved me. 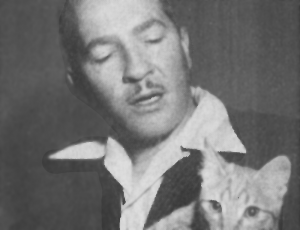 Today, it’s Robert Heinlein.  Wiki Yes, in today’s lights, he – well, his writing, particularly in his portrayal of women, are problematic. The filter I look through that is that he was first and foremost a commercial writer, and wrote to his audience. His non-fiction shows, to me, a different tack.
I read Stranger in a Strange Land (SISL) at 12 or 13. Here is a guy with my name, who has trouble understanding the people around him, relating to them, and has to translate their behaviors and words. It was an introduction to the concepts that love should never divide, but multiply; that faith is real, religion is not; that enjoying sex is real regardless of gender or orientation; that indeed most of the “morality” I’d been taught by immersion was bullshit meant to keep those who made the rules in power.
Further reading reinforced ideas that really caused me to look hard at the world around me. Force, for example, is rarely the right path, and is sometimes the only solution. That it is NEVER ok to rape or force attentions on someone else. That stupidity is the only capital crime. That being widely experienced in a variety of trades, duties, disciplines, and never being afraid to try something new is crucial.
He, through his stories, taught me that we should care for our neighbors, help folks when they are down – without care or hope for recompense, that we should treat children as small adults – never speak down to them, always respect their questions and encourage growth and expansion. That stronger people should help and protect those in worse places because a rising tide lifts all boats.
Some of his later writings had some ideas that I’m fairly certain were explorations meant to cause discussion, and no small part outrage – cause that sells books. To Sail Beyond the Sunset features in no small part, a multiple thousand year old time traveller – who has had multiple full body regenerations/clones – falling in love with his mother. Is this ok? Is this moral? How much connection exists between these two humans after all?
The Number of the Beast features a preposterous premise, and features a pair of couples who end up trading off – where the controversies erupted is that one trade involves a father and his grown daughter, having been genetically screened, with no possible chance of genetic defectives. The same time traveller ends up in the sack with his female clones. These are discussion generating ideas for sure! From a scientific place – the father daughter pairing makes sense, and if done in a lab, likely wouldn’t raise an eyebrow.  35 years later, as the father of 2 nearly adult daughters, the idea causes much consternation and roiling of guts. The question still remains: Is that conditioning, or a real wrong? I’ve no intention or desire to find that out – I’ll leave that to the 25th century.
He taught me to be a hero, that it’s ok to be wrong, to be an optimistic pessimist, to question even – maybe particularly – my core beliefs. He convinced me that our genes belong to our race, not to us. That our future – and only hope – lies in the stars.
In “Time Enough For Love”,  there are sections of Lazurus Long’s “nuggets of wisdom collected from his very long life”. These were later excerpted and published separately as “The Notebooks Of Lazurus Long”, and of course have ended up online. https://www.bookscool.com/en/The-Notebooks-of-Lazarus-Long-936258/1
A couple of my favorites:

A journey through the mind Of a Tattooed Dad.

This Month on Tattooed Dad